At CellVax Therapeutics, we are developing proprietary cell-based cancer immunotherapy.

Our lead product, FK-PC101, is for the treatment of prostate cancer patients with a higher risk of recurrence after prostatectomy. FK-PC101 is based on its proprietary novel technology using the patient's own cancer cells to create specific Tumor Presenting Cells (TPC). Patients immunized with a personalized TPC have a multi-neoantigen immune response against cancer cells. 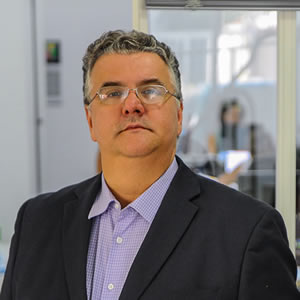 Fernando Kreutz is a biotechnology doctor with more than 20 years of experience in cancer research. He shares a vast knowledge in clinical R&D in the pharma industry, having successfully registered patents for solid tumors in prostate cancer, and opening ground for the expansion of his technology throughout all solid tumors. Dr. Kreutz earned a Ph.D. in - Pharmacy and Pharmaceutical Science from the University of Alberta.

Dr. Kreutz pioneering research on the 90’s lead to discovery that cancer cells treated with hIFN-y presented MHC Class II making it possible the activation of CD4+ helper T cells - which play a central role in the immune system.

By developing a personalized vaccine with the patient's tumor cells he found a way to make the immune system effectively detect and attack cancer cells. 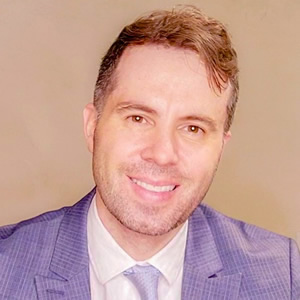 Emerson is an investment banker with more than 15 years of experience in Mergers and Acquisitions.

Before joining CellVax, Emerson was a member of the investment committee of Banco BV´s infra-structure equity fund. Having participated in several successful M&A transactions, equity, debt raising, and due diligence, he also co-founded a boutique investment bank 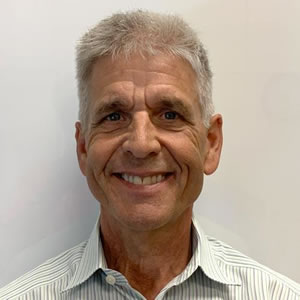 Dr. Sims is a Board-certified Hematologist-Oncologist with 30+years of experience in Medical Oncology, including 20 years in the biopharmaceutical industry.

Bob has vast experience in the development of a wide range of cancer therapeutics with focus on cancer immunotherapies, development experience in all phases including preclinical input and IND submission through completion of Phase 3 registration study leading to FDA approval.

Pioneer in developing a therapy that aims to stimulate the immune system to recognize the abnormality of tumor cells and destroy them, the autologous cell vaccine is made from the tumor cells of the patient and generates a strong immune response.

The company has completed Phase I and Phase II clinical trials in Brazil and has had a successful pre-IND meeting with FDA for the upcoming Phase 2/3 pivotal trials in the U.S.

FK-PC101 is a novel personalized immunotherapy presenting patients own tumor neoantigens. It has a dual mode of action, being capable of activating both CD8+ cytotoxic T cells and CD4+ helper T cells, and thereby resulting in a strong and specific anti-cancer immune response. Upon injection, FK-PC101 will not only present a cancer neoantigen in the context of MHC I to naïve (unprimed ) CD8 + cytotoxic T cells, but also present the non-self antigen to CD4 + helper T cells in the context of MHC II.

FK-PC101 consists of autologous human cancer cells which have been modified ex vivo to express Major Histocompatibility Complex (MHC) II on their surface.

CellVax Therapeutics plays a unique role in cancer immunotherapy by developing a platform that converts the patient's own cancer cells into an antigen-presenting state (“Tumor Presenting Cells”). The process involves cultivating tumor cells with a combination of cytokines in a specific media, which stimulates the de novo expression of MHC class II molecules on the surface of tumor cells. Solid tumor cells, like other non-immunological cells, do not naturally present MHC class II, a molecule critically responsible for peptide presentation to T helper cells to trigger an immune response. These modified tumor cells (“Tumor-Presenting Cells”) are then incubated with a foreign antigen, which is then internalized, processed, and displayed by the cells.

FK-PC101 is administered intradermal once weekly for 4 weeks, followed by inoculation once monthly for two months, and the last (seventh) inoculation three months after the last monthly dose. Phase I and II clinical trials were conducted in Brazil using patients presenting with locally advanced or metastatic prostate cancer. Results from a Phase II clinical study provide evidence that at 4 years post-RP, 11.8% of the vaccine group had experienced PSA recurrence, vs. 36.8% in the control group (p=0.0453, z-test). - Manuscript being submitted.

The Company has a strong intellectual property foundation and has an extensive patent portfolio on its platform and its lead product FK-PC101. The Company's patents provide protection until 2038 and provide potential licensors with significant time to generate revenue.

On its lead product, FK-PC101, the coverage includes composition of matter and method of use, and preparation patents.

With respect to its discovery platform, the coverage includes the discovery process, product engineering and manufacturing, and associated processes.

PLEASE NOTE: CELLVAX THERAPEUTICS INC. IS NOT AFFILIATED WITH THE CRO CELLVAX SAS.